Mishima is a technique of inlaying slip, underglaze, or even clay into a contrasting clay body, the main clay body of the pottery piece. This technique allows for extremely fine, intricate design work with hard, sharp edges that can be difficult to reliably replicate in any other way.

Although we know this technique by the name “mishima”, it is quite misleading. Mishima is actually a city in Japan.

Although many Japanese pottery techniques are called after their city of origin or the family name of the first practitioners (i.e. Raku), this is not the case with mishima.

What we know as mishima first was produced in Korea during the Koryo Period (935-1392 AD). The technique reached stunning heights in the 12th and 13th century Korean celadons. The term we now use took hold as this type of pottery, introduced from Korea, was compared to the script used on calendars created at the shrine at Mishima.

Read this book for background information. Available at Amazon for <$5 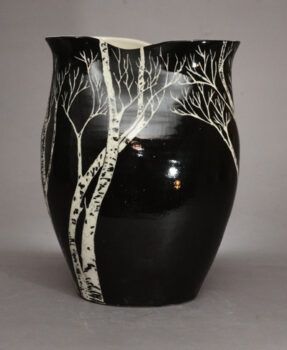 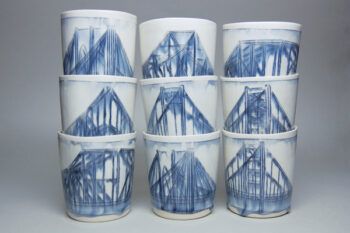 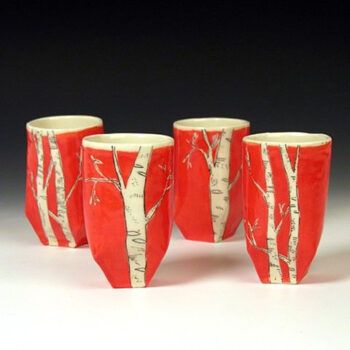 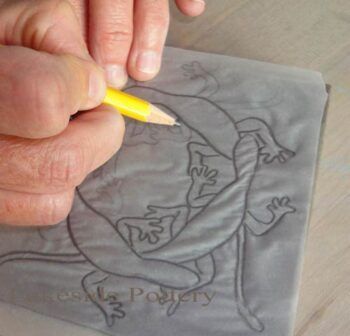 Welcome to Fireborn Studios. Learn about pottery classes we offer and check out our gallery where we have pottery, glass and jewelry. Read More…

We would like to hear from you. Please send us a message by filling out the form below and we will put you on the appropriate email list.

We have reopened our gallery and resumed classes

Shoppers may park in my loading zone, on the corner, right next to the Gallery, on 24th street, or on the street nearby.

For Directions to Fireborn use google map and directions